In the 8th century BC, the ancient Greeks had invented a large, round shield called an aspis or porpax shield that would serve as an essential part of warfare through the Hellenistic era. The designs, or blazons, on these Greek shields would go on to strike fear in the hearts of their enemies. It had not only protected its owner in battle but showed his allegiance to a particular city-state or leader. The figures painted on its exterior were also often meant to show the courage of its bearer.

Beginning in the late 5th century BC, Athenian hoplites, or soldiers, commonly used an owl, the emblem of the goddess Athena, to signify their identity while the shields of Theban hoplites could be decorated with a sphinx. The most famous such decoration is that of the Spartans, also called the Lacedaemons, with a capital lambda (Λ) just like Sparta Greek shield.

Often called an Argive shield due to Greece’s great contribution to the use of the shield in battle was the Argive grip it employed. Grip involved one handle for the hand placed at the edge of the shield with a leather or metal fastening for the forearm at the center of the shield.

Hoplites Greek shields were designed for a mass of hoplites to push forward into the opposing army and it was their most essential equipment. Greek hoplon was convex in shape and made it possible for warriors to use it as a flotation device for crossing rivers.

The most striking to our eye today are, of course, the shields decorated with animals, monsters, or even human figures by artists of these ancient times like Alexander shield. While most of these designs appear to have been painted, there are examples of bronze blazons, for example Achilles shield in which sheet of bronze featuring finely-carved details.

The blazons showing the faces of Gorgons like Gorgon Greek Shield or other figures from mythology were clearly meant to instill fear into the enemy. The Gorgon, a mythical creature with snakes instead of hair, of which Medusa is the best known example, was one such creature once portrayed on Ancient Greek shields.

However, Ancient Greek soldiers also employed symbols that represented themselves or qualities they admired, including a lion, falcon and horse etc which would symbolize strength and courage. In snake Greek shield, the snake, another common blazon, represented wisdom and immortality. 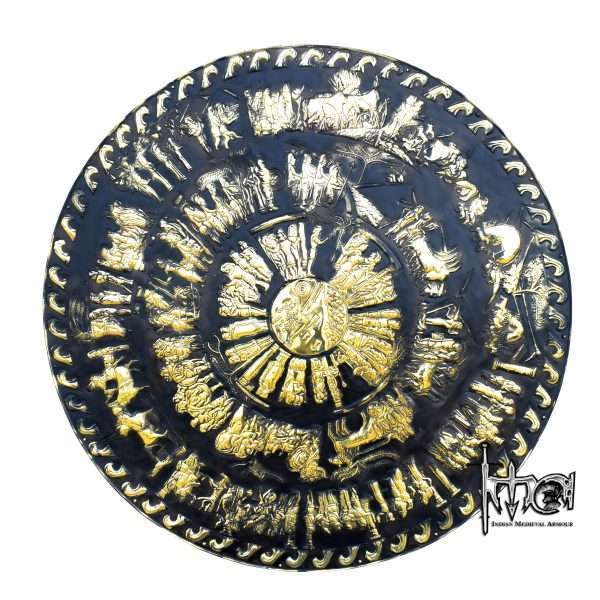 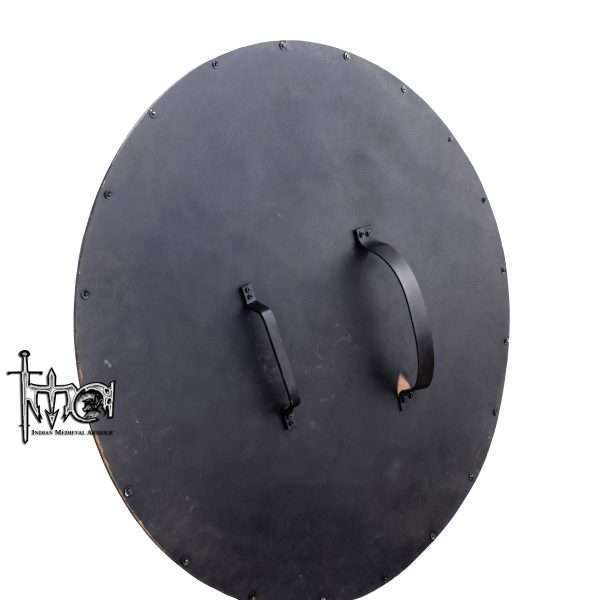 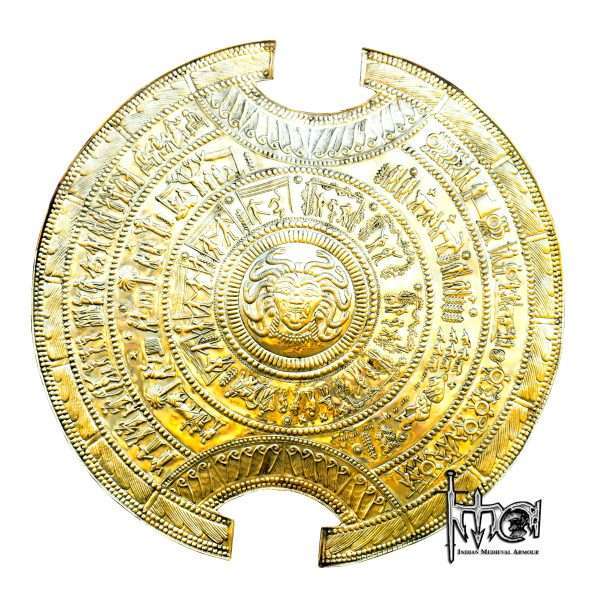 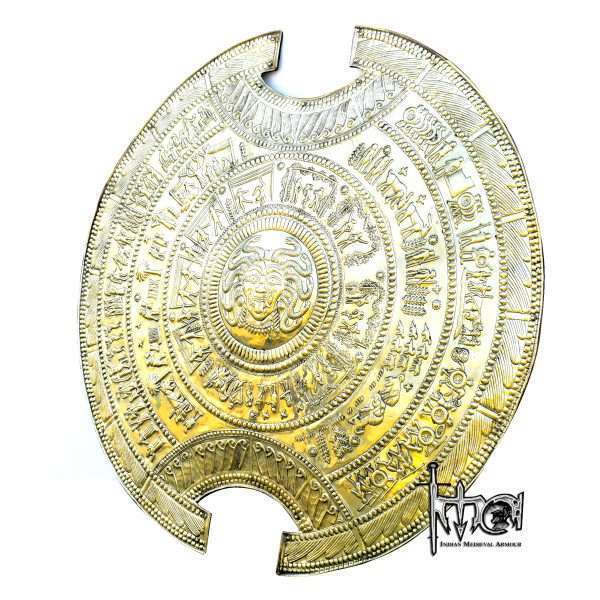 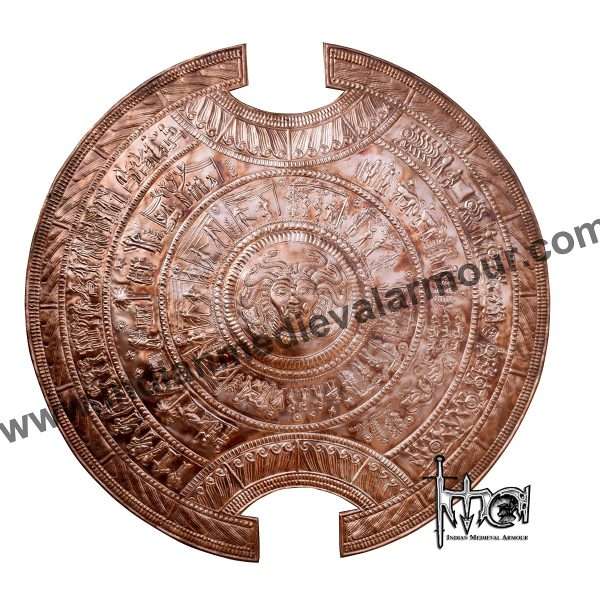 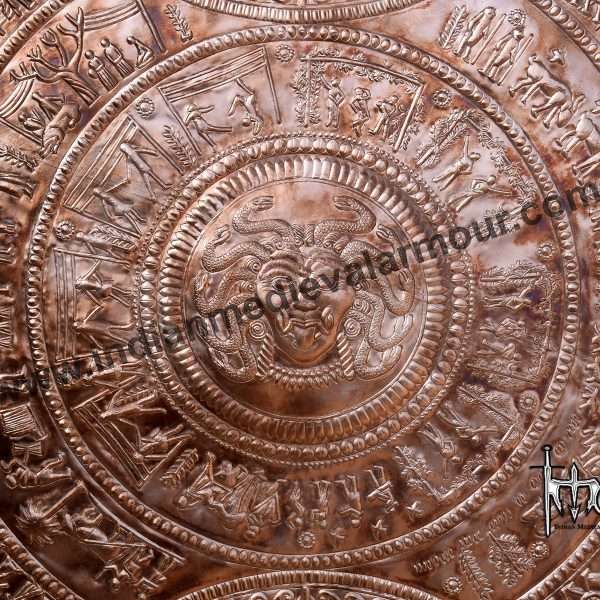 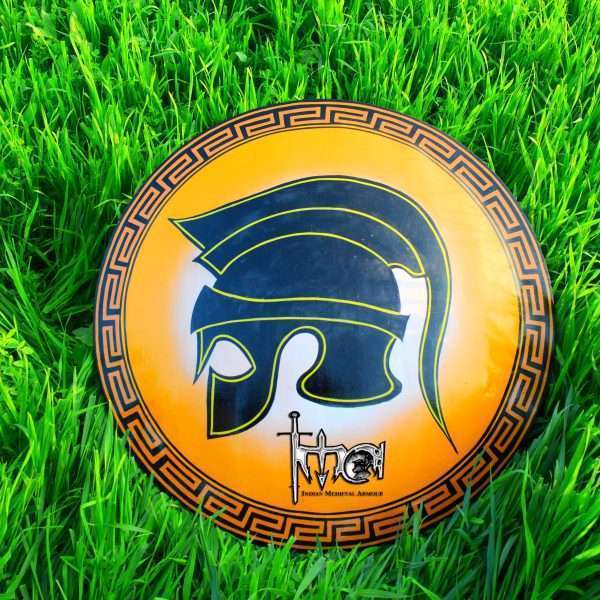 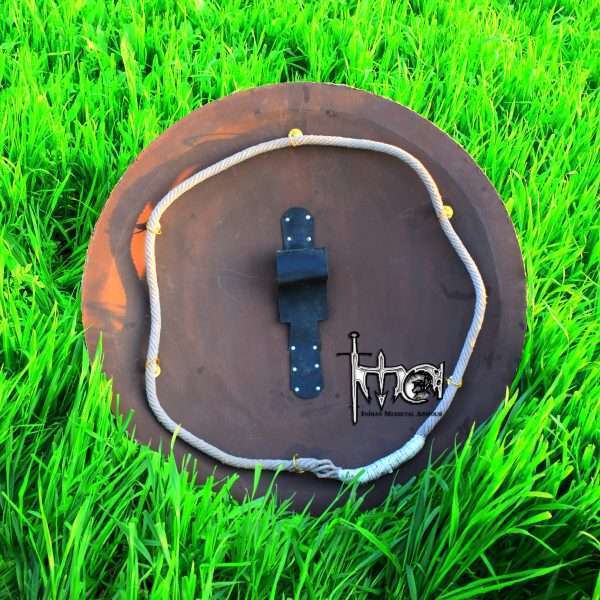 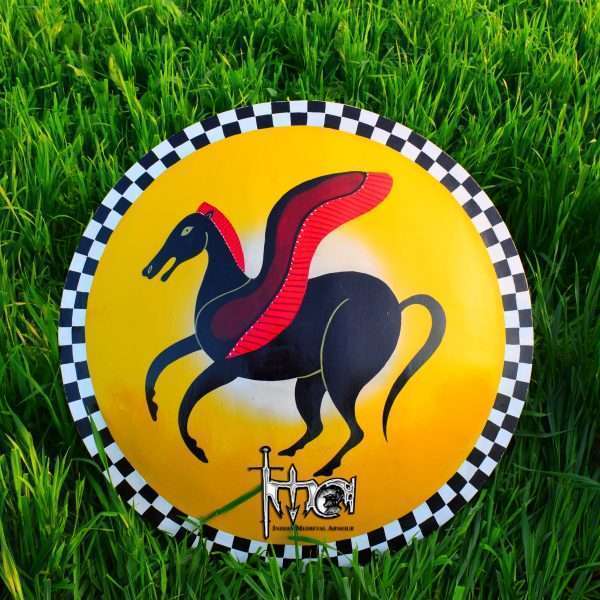 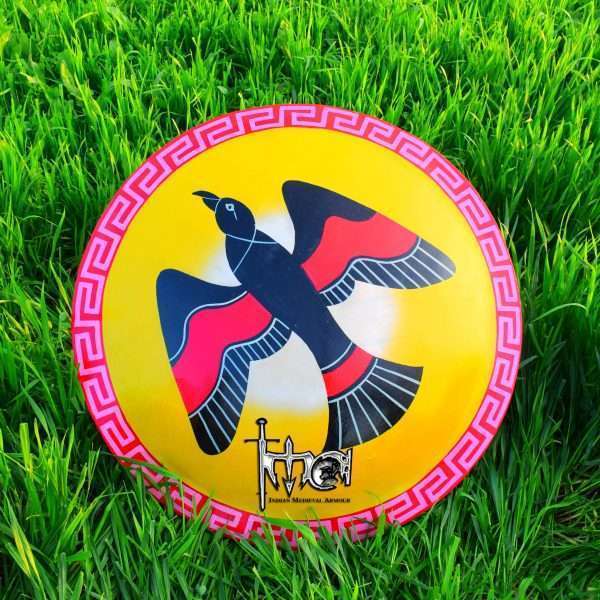 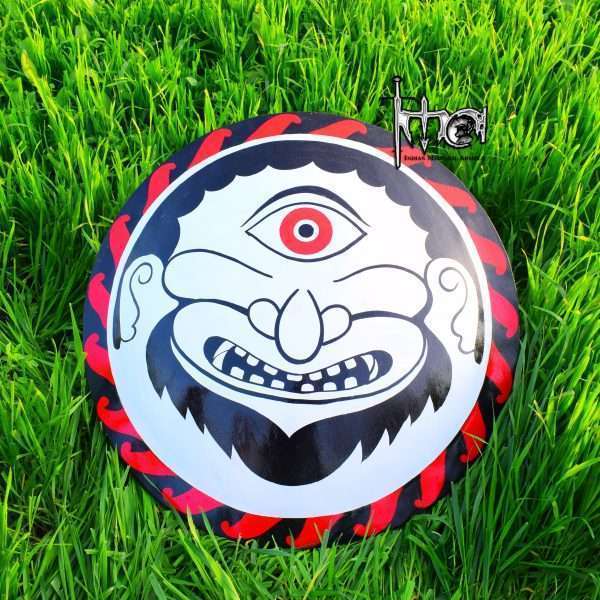 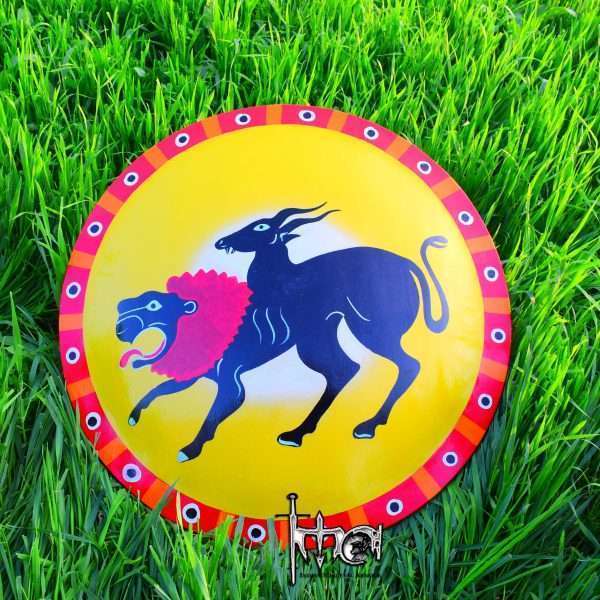 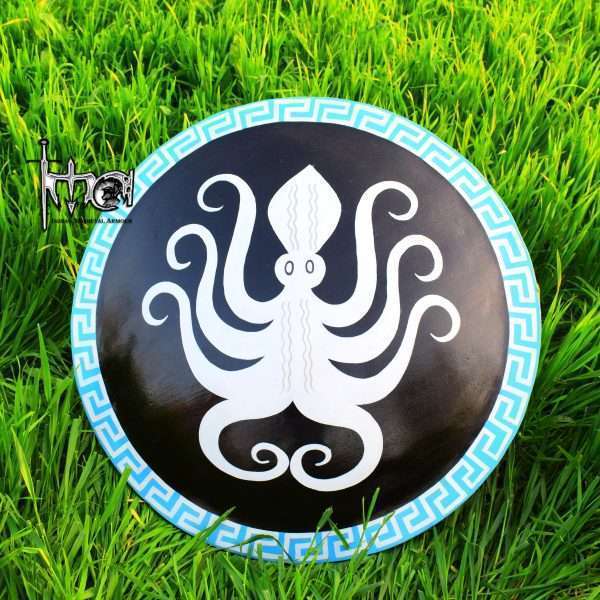 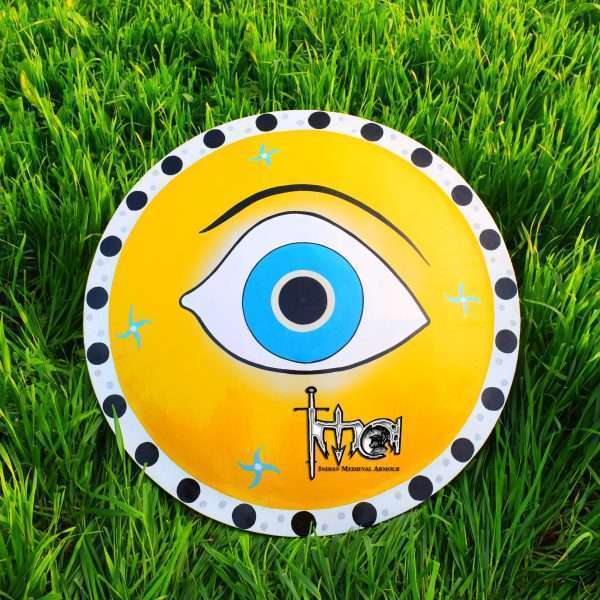 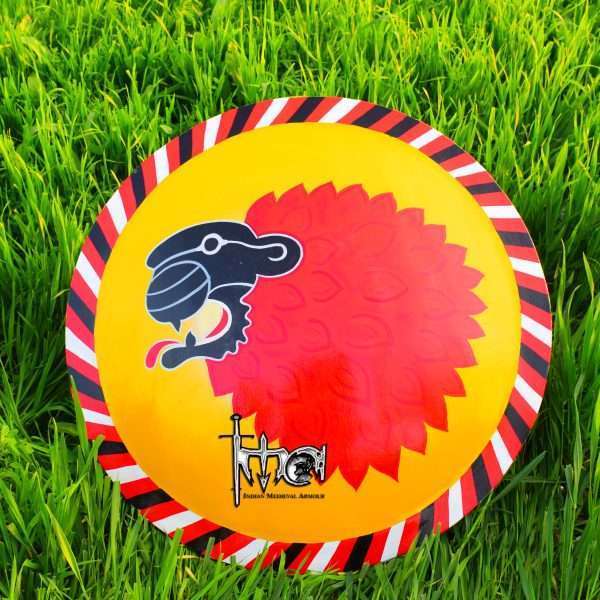 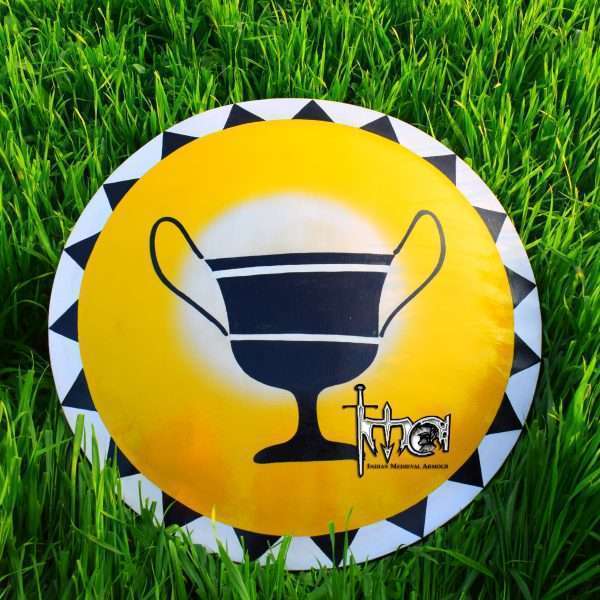